Have you watched Dr Warren Snodgrass and Dr Nicol Bush’s new YouTube series, Hypospadias Mythbusters? Together the two doctors present on different topics and frequently asked questions surrounding hypospadias. In their YouTube series, the duo looks at various worldwide clinical studies and then examines the correlating data. After comparing all the data, the team explains how the findings debunk various hypospadias myths.

After watching Dr Warren Snodgrass & Dr Nicol Bush’s first video, we were inspired to create a blog post around a few more common hypospadias myths that we have encountered over the years. It’s important to note that you should always chat to your surgeon about any concerns that you may have, myth or not! Always do your own extensive research and make sure you are 100% comfortable with any answer your doctor gives you before deciding on hypospadias surgery. 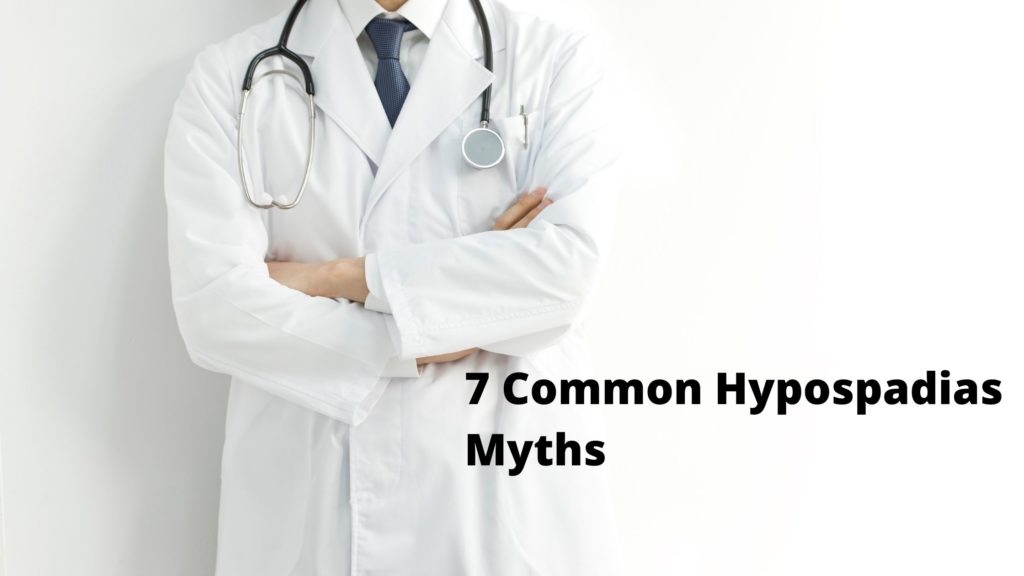 As with most birth abnormalities, many myths surround the causes of hypospadias, the surgery, and the outcome. Below, we have put together 7 common hypospadias myths and have debunked them accordingly.

As with most birth abnormalities, many myths surround the causes of hypospadias, the surgery, and the outcome. Below, we have put together 7 common hypospadias myths and have debunked them accordingly.

Hypospadias occurs between 8–14 weeks of pregnancy and can be detected on a prenatal ultrasound. The ultrasound technician or your doctor may be able to recognize the physical differences that hypospadias presents and talk you through the condition for proximal forms, but distal forms are typically not visible on ultrasound.

Many parents ask if surgery is needed for mild forms of hypospadias. However, there are many reasons for correction, as even minor abnormalities can interfere with urine flow, erections, and, of course, negatively impact self-esteem. In most cases, the benefits of correction far outweigh its risks.

Research shows that hypospadias does not directly cause infertility issues down the line. However, in rare circumstances men with severe hypospadias may be infertile due to accompanying problems with their testes.

Luckily, most operations are a success the first time in the right hands, with distal hypospadias typically requiring a single surgery. Penises with curvature more than 30 degrees are best corrected in a planned staged fashion. One of the most important choices you face as a parent is choosing the right surgeon or surgical team, as results for both distal and proximal hypospadias have been shown to vary widely. You can hear more about this in their Youtube series.

This is the question that Dr Warren Snodgrass and Dr Nicol Bush cover in their Youtube series. The brief answer is that although multiple studies have tested this, there is no scientific evidence that topical or oral testosterone helps with post-operative healing.

Connect with Us Today

Does your baby boy have hypospadias? Operation Happenis aims to raise awareness, improve care, promote research, and provide support to those dealing with hypospadias and other penile birth defects. If you would like to join our community or learn more about what we do, visit our website or call us at 469-389-7260.

If you’re interested in becoming a volunteer for Operation Happenis, or would like to make a donation, please don’t hesitate to reach out to us. We welcome your support.